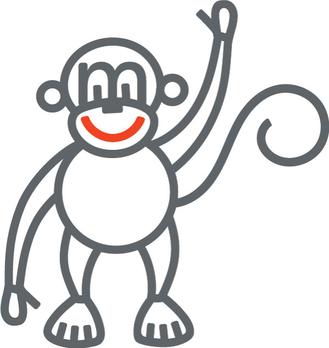 Smile-A-Mile’s mission is to provide hope, healing of the spirit and love for the whole family during the childhood cancer journey. Through year-round meaningful and educational programming, Smile-A-Mile helps those in Alabama who are affected by childhood cancer thrive during treatment and the years beyond.Type your paragraph here.

This beautiful bio of Jeff was written by Kathie Pendergrass - the Chair and Founder of the Jeff Dropo Run 4 Kids.  Jeff and Kathie worked together for many years and developed a wonderful working relationship and deep friendship - they truly admired and cared for each other.  Kathie was a constant source of support and thoughtful deeds for Jeff and his family and continues to make this world a better place by her deep devotion to helping those in need.  We all are so proud of her.

My name is Kathie Pendergrass, and I am going to tell you about an exceptional man and his connection to the very special kids at Smile-A-Mile.  At the age of 50, Jeff Dropo left this life way too early. The legacy he leaves behind is one that will never be forgotten. Jeff was a loving son, brother, and husband, a proud father, a respected businessman, a beloved and inspiring coach and mentor, an accomplished athlete, and most importantly a man of Faith.

Born in 1957, in Marblehead, MA, Jeff was the oldest of three. He had two sisters, Carla and Tina, and they grew into adults who loved, respected, and admired each other. All swam competitively, using the rhythmic motion of a stroke to add balance to life’s challenges. Later in life, Jeff became an elite triathlete and outstanding master’s swimmer, but to quote his sister Carla, “It was his energy and enthusiasm that was most impressive and most memorable. His encouragement and smile always made you feel like you were part of the team and that you could climb a mountain, whatever that mountain might be.”

Jeff lived his life this way, not only in the sports arena, but in every aspect of his life. He was a man who loved anything connected to the water: boating, lobster fishing, or just enjoying his swimmers in the pool, both family members and the children he coached. Jeff was a business man, graduating from Colby College in Maine with a finance degree. He met Sue, his wife of nearly 24 years, and married in 1986. Jeff and Sue moved to Australia for the first year of their married life then settled in Maryland to begin his career in the fireworks industry with his Uncle Milton at Washington Fireworks. Two years later they moved to Florence, Alabama, where Jeff became a leader, mentor and associate with TNT Fireworks. He was a respected and admired part of the fireworks community and helped to grow TNT Fireworks to where they are today, the #1 importer of consumer fireworks in the United States. He made lifelong friendships during those years and treasured each and every one of them.

During his years in Alabama, Jeff’s family grew to five. Together, Sue and Jeff were blessed with 3 children: Jennifer, Elizabeth and Alex. This is where Jeff truly shined – being a dad. In 2000, Jeff and his family made the decision to move back to their roots in Massachusetts. This was a difficult decision, but they felt the need to be closer to their families. Jeff was able to stay with TNT Fireworks family and opened an office in the Northeast, focusing on the northern territories. He spent the next several years fulfilling not only business expectations, but also personal dreams of being on the ocean again, lobstering, spending time with his family, coaching his kids, and volunteering his time and love of swimming with children at the YMCA. Jeff simply had a passion for life.

In February of 2006, Jeff was diagnosed with a stage 4 Glioblastoma; inoperable, but in his mind, not unbeatable. He now saw his life as having a new beginning and meaning. It was a turning point, as is true for any adult or child that is diagnosed with cancer. His “Never Give In” attitude, which started at birth, carried him on a mission. It was a mission for answers in his battle to fight his cancer with faith, dignity and everything the medical field had to offer. It was a mission to search for God’s will in his life. Jeff’s firm belief that God was always with him deepened, and it began to transform everything he said and did. He did have days of sadness and not knowing which way to turn, but more often than not, he had times of great joy, sensible consolation, and inner peace. He continued to swim daily, in spite of continual chemotherapy, and his family, friends and children he coached were privileged to see God’s work first hand. Jeff went from realizing and accepting God’s great love for him in Jesus, to experiencing this love in everything and everyone. He saw everything as a personal gift from God, even his cancer.

Of all God’s gifts to Jeff, his family and friends gave him the most joy. He used to say he felt the love and prayers that were being poured out for him. He felt that they were like a warm blanket that wrapped around him and kept him warm. Before and especially after the cancer diagnosis Jeff was focused on others. As the cross of cancer became heavier, his spirit soared. His words of faith, encouragement and love touched all who knew him.

Some may say that Jeff’s short life was tragic. It was definitely shorter than any of us would have liked. But tragic, absolutely not! Jeff’s life was full. He was grateful to God for everything and everyone. He “Never-Gave-In.” Jeff was at peace with God’s decision to bring him home on January 17, 2008. He left this world, but only in the physical sense. His legacy of love remains alive through his family and friends, it encourages us all to try our best and be at peace with ourselves. Jeff Dropo loved deeply, and in return, his heart was full.

Over the last year he has been remembered in various ways: YMCA Cape Cod “Never-Give-In” Jeff Dropo Memorial Scholarship Fund (Assists children without means to enjoy the YMCA programs) Mako Swim Team Jeff Dropo “Never-Give-In” Award (Given to a swimmer who has strived to achieve through great adversity) Hyannis Sprint Triathalon/CCAC (Honored Jeff and his memory at the June event) The Jeff Dropo Scholarship – Marblehead High School (Awarded to a deserving athlete) The Jeff Dropo Swim For Charity (A Masters event that now includes Wahoos and Aquasafe’s young swimmers, who have learned the spirit of giving)

And now Jeff’s Florence, Alabama family will celebrate his life with a May  event – The Jeff Dropo Run for Kids. This event will benefit Smile-A-Mile, a year round program for children with cancer. These children, as did Jeff, forge relationships during this special time in their lives. Relationships that are never broken. They remain strong and loving, reflecting good and faithful times shared by those whom God has made instant friends for His own purposes.